What’s Up With That Massive LED Wall? 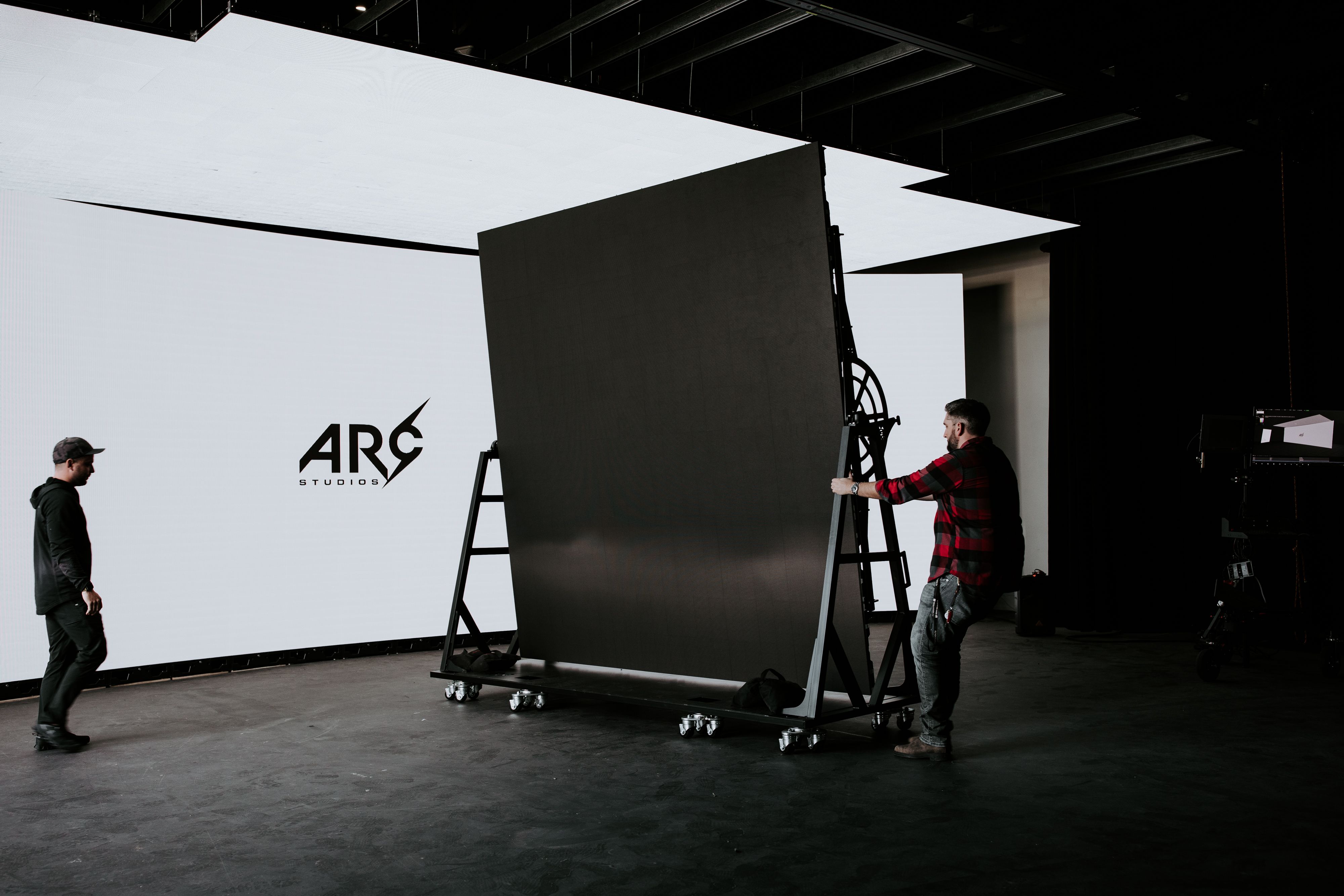 You can see it there on our homepage.

Our Nashville virtual production studio has a massive, 1000 sq. ft. LED volume planted right in the center of it. And, in many ways, that beautiful wall is the centerpiece of our creative promise to you.

Until recently, CGI and green screen technology were the standard for projects that required either very specific location demands, or that needed a little help in bending reality.

But the use of LED screens is on the rise, and for good reason …

So, what is LED anyway?

Great question. Here’s a quick definition, from our friends (and partners) at PixelFLEX. An LED screen like ours can be categorized as …

“A light-emitting diode (LED) is a semiconductor device that emits visible light when an electric current passes through it. It requires much less power, making it very efficient and making its lifespan much longer than most other light elements. Unlike incandescent lamps, LEDs have no filaments that can burn out or fail.”

Put another way (and in the context of our use), it’s a kind of very large, super high definition television screen that interacts with other cutting-edge technologies and software to present pristine images (moving or still) in a way that no other screen technology can.

Our LED volume at Arc Studios enables a level of control, accuracy, versatility, and precision that makes it one of the most important technological tools we have to help you bring any world you can imagine, alive.

Why did you invest in this incredibly big LED display?

There are other studios in the United States with bigger LED volumes than ours. For example, the stage that The Mandalorian is filmed on is one of the largest in the world.

For the clients we support, we wanted an LED volume that was large enough for say, an automobile shoot, as well as custom set designs for commercial scenes, music videos, live streaming, and keynote presentations.

Our LED volume is big enough to achieve the vision of most commercial productions, while keeping the cost within reason for market demands within the Nashville region.

Ready to put your talent in front of our massive LED screen?

What used to require extensive location shoots, expensive set design and construction, and/or  exorbitant special effects production, can now be done in the comfort of our Nashville studio, without the headaches of the past.